4 Common Myths About Going To The Gynecologist There are certain truths we all know about going to the the gynecologist, like the fact that you’ll probably end up with your feet in stirrups. But there are also things you probably think you know about a typical gynecologist appointment that are flat-out wrong. We got top ob/gyns to spill about the biggest myths and misconceptions they hear on a regular basis, plus why they’re so off:

Myth 1: You shouldn’t keep your gynecologist appointment when you’re on your period. That’s not true in most cases, Lauren Streicher, M.D., an associate professor of clinical obstetrics and gynecology at Northwestern University Feinberg School of Medicine, tells SELF. “It depends on why you’re coming in,” she says. If you’re experiencing discharge issues, it’s probably best to wait until you stop bleeding so your doctor can actually see the discharge, she says. But if you have pelvic pain, feel like you’re bleeding abnormally, or have your annual exam planned, it’s typically OK.

Jessica Shepherd, M.D., an assistant professor of clinical obstetrics and gynecology and director of Minimally Invasive Gynecology at The University of Illinois College of Medicine at Chicago, tells SELF that it also depends on where you are in your cycle. If you just started your period or are at the end of your cycle, it’s definitely not a biggie. “Most times, we’ll get enough on a Pap to send away to pathology,” she says. “But if you’re not sure, call so that you don’t have to waste a visit.”

Myth 2: All STD screening is automatic. While Shepherd says that she offers STD screening to everyone automatically, regardless of age, not all physicians do. If you want to be tested, speak up. Streicher also points out that many women think their normal Pap test screens for STDs, which also isn’t true.

Keep in mind that there are various STDs you can have without knowing it. Although having safe sex is a great way to protect yourself, it’s key to also stay on top of your STD testing, especially if you’re having sex with multiple people and you’re not sure of their STD statuses.

Myth 3: You have to get weighed. Maybe you’re totally fine getting on the scale at your doctor’s office. But if you’re not, say something, because you might not have to. “A lot of women avoid going to the gynecologist because they don’t want to get weighed,” Streicher says. But, she points out, you usually only need to get weighed if you’re having surgery or are pregnant, and even then you can ask to be weighed while standing backwards so you don’t have to see the number on the scale. You also have the right to say you don’t want to talk about your weight on this specific visit, Streicher says.

Myth 4: You can’t tell your ob/gyn everything. It’s hard to get the courage to speak up about an embarrassing issue down there, but Shepherd says you shouldn’t be worried that your doctor is laughing with her friends about your issues. “The relationship you have with your gynecologist should be comfortable, and you should be reassured in that,” she says. “If not, find another doctor.” Not only is there the whole doctor-patient confidentiality thing, Shepherd points out that it’s really important to tell your doctor about issues so you can stay healthy. When in doubt, ask—your doctor isn’t there to judge you. “That’s the only way I can clear up misconceptions,” Streicher says.

Please follow us on Pinterest and enjoy our collection of recipes, crafts, fitness, health tips, gardening, DIY and more… 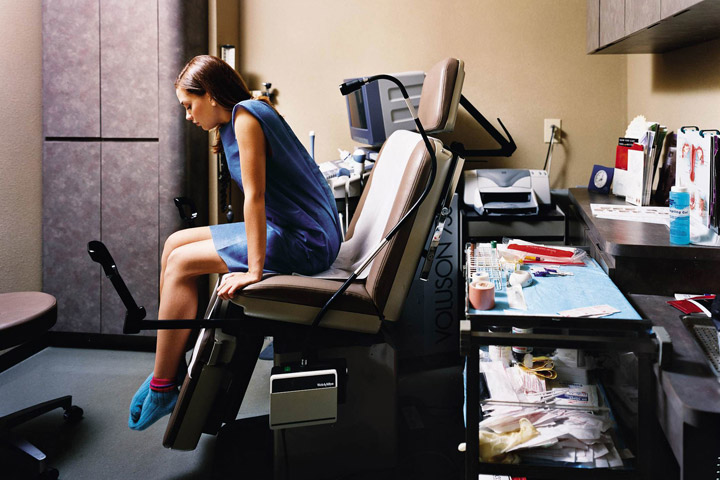