How to Grow Japanese Maples from Seed

The Japanese Maples – Acer palmatum cultivars and hybrids are a large group of generally large shrubs or small trees with a low, rounded head. Native to Japan, Central China and Korea, many cultivated varieties have been raised from this species which exhibit a wide range of forms in both leaf-shape, colour and habit. They are notable for their gorgeous red, orange or yellow autumnal colours. Japanese Maples are relatively easy to grow from seeds, but be aware that only seedlings from the typical will grow true to the parents. Hybrids and cultivars are unlikely to produce progeny similar to the parents and if this is your aim then you would be better off using vegetative propagation techniques such as grafting. That being said there is of course a chance that you would produce the next outstanding cultivar. 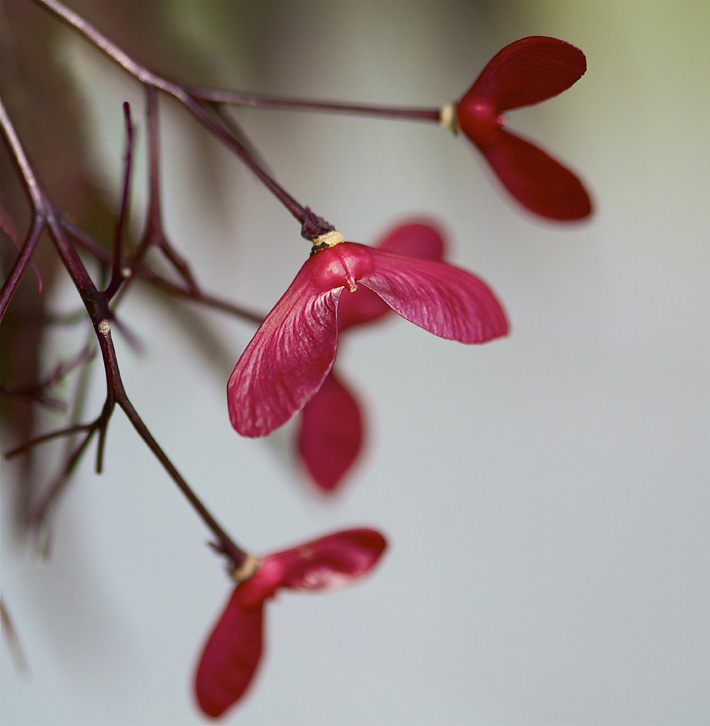 The seeds will be readily available from Japanese Maples in the autumn. They are easily recognized as they are attached in sets of two with a wing extending from each seed. Maple seeds have a natural dormancy of approximately two years which will need to be broken (either naturally or otherwise) before germination can proceed. Sow them in 3 inch pots or a large modular seed tray containing well drained, sterilized topsoil or an ericaceous, soil-based seed compost. Sow at a rate of one seed per pot or module and then cover with approximately 3/8 of an inch of soil. Gently water in and then allow the soil surface to dry out completely before watering again. Move them to an unheated, protected environment such as a cold frame and let nature take its course. Once the seedlings begin to emerge move to a sheltered, partially shaded position which avoid direct sunlight during the hottest part of the day. Pot them on as required and plant out into their final position so long as there is no longer a threat of late frosts. Although the typical and stronger forms are known to tolerate chalk soils, the Japanese Maples perform at their best in moist, but well drained loam, sheltered from cold winds especially from the east. To break the dormancy of Japanese Maple seeds soak them in warm water for approximately 24 hours. You may need to use a thermos flask to maintain the temperature over this period. Drain off the water, then place the seeds in a clear polythene bag with a damp mixture (not waterlogged) of 50:50 horticultural grade sand and moss peat. Make some small holes in the bag using a sharp pencil to allow air circulation and place inside in a refrigerator for approximately three months. After this period the seeds can be planted outside into a prepared nursery bed which will need to be shaded during the hottest part of the day. Once again, cover the seeds with approximately 3/8 of an inch of soil. Water thoroughly, but allow the soil to dry out completely before watering again. 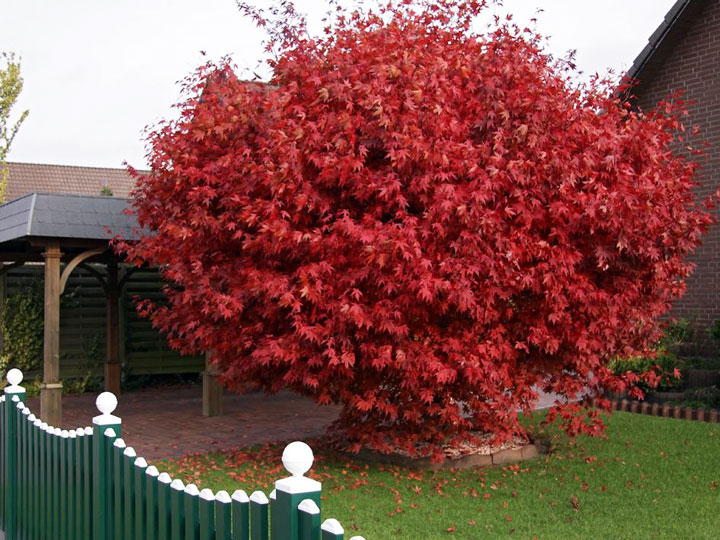